The Goal of Space Force

This is a plan to create a new space force within the air force which would be the sixth branch of the U.S. military by 2020. This space force is not supposed to fight extraterrestrials (or aliens as they are sometimes called), but those who are competing the U.S. in space: Russia and China. The renowned author, Dr. Michael Salla, who promotes theories about U.S. SSPs and longtime extraterrestrial presence on Earth says that the goal of creating this force is to patrol the atmosphere and thwart threats to the U.S. satellites according to The Guardian. 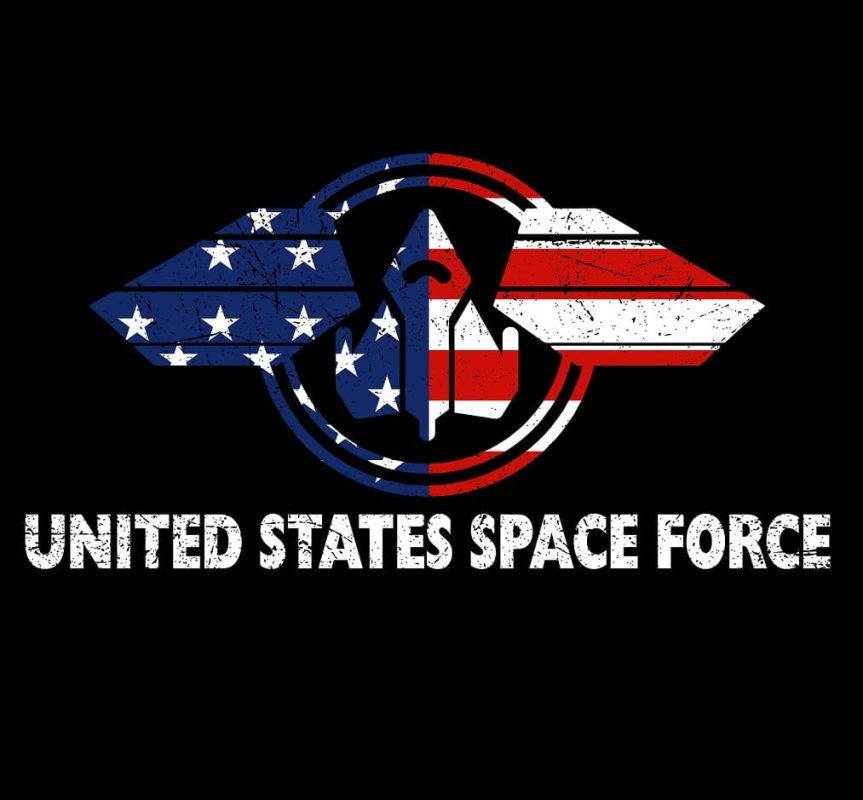 This will accelerate the government’s “full disclosure” of secret space programs (and black budget projects as a result), extraterrestrials, the connections of governments with extraterrestrials for decades, and advanced technology discovered on crashed alien spacecrafts. This may provide a release of advanced technologies used in the SSP, such as real free energy (not the use of solar, wind, or other such resources that some erroneously call them “free energy”) and anti-gravity .

However, this plan also positions Trump against his bitter adversary: the “Deep State” operatives within the government which keep these secrets and oppose the establishment of such force.

According to Exo News, Jordan Sather, disclosure filmmaker and commentator, the Pentagon [and Deep State operatives within in] would oppose a separate space force, as it “would provide an avenue for the public release of advanced technologies such as free energy and anti-gravity.”

It appears that one side, President Donald Trump, pushes toward disclosure of these secrets while the other side wants to continue business as usual and keep these secrets sealed from the public.

The separate space force will facilitate the disclosure of SSPs on Mars, the Moon, and perhaps other planets which will lead to the release of super advanced technologies used in these programs and could free humanity.

Billy Carson talks about technologies that could free humanity

This disclosure could usher us into a star trek society, as SSP whistle blower Corey Goode said.

We can deduce from this that the president is a mere PR tool in the hands of the Cabal that continues to hide this knowledge, while misleading us (not only in the U.S.) that we have a real choice by voting once every four years. It appears that we don’t have any say on our governance.

I’m using the pronoun “us,” as this same deception applies to Israel and other countries with so-called free elections. (I even argued with my family during lunch before the last elections here in Israel, March 2015, that it’s all a show and the results are pre-planned in advance. I asked them, “Do you want me to prove it to you?” And everyone around the table shouted in unison “No.”)  It appears that the top ten clearance levels are supposedly based around “black” government projects such as the alien presence cover-up, underground alien bases, super soldiers, men in black, etc. This chart on The Awake Mind Blog includes all the known clearance levels, as there may be more that are not revealed at the moment.

Apparently, the whistleblowers disclosures and their loss of control has precipitated reckless behavior, like some of them trying to escape earth in cloaked spaceships. Newsweek even claimed they attempted to leave for Mars, as mentioned on The Event Chronicle.

Maybe the Space Force would herald the full disclosure of these “black” budget projects.

According to ExoPolitics.org, Randy Cramer (former U.S. marine who used the pseudonym Captain Kaye) and Corey Goode, there are corporate bases on Mars and the Moon for them to flee to.

The Mirror and ExoPolitics.org provide even more evidence to these bases.

About two or three years ago, I even watched a video of this alleged escape from earth in a cloud-cloaked spaceship. After being shot down (by the alliance or the resistance movement, I presume), I could see a small spaceship moving out of a cloud. They are confined to earth. I tried to find this footage (perhaps on The Event Chronicle, but unfortunately, it appears that it was taken down. I had a lot of fun watching this video with friends who follow this intel cover-up. You can see this in the following videos:

UFO shooting down a warhead !!MUST WATCH!!

UFO cloaked in blue clouds drop out of portal

Randy Cramer is another whistleblower, one who served as a marine both on the moon (as a pilot) and on Mars (as security) for twenty years combined. He was authorized by a superior in the military to “spill the beans,” and he’s sharing his experience and knowledge about the technologies used by the Cabal according to Gaia.com

Randy’s information and firsthand accounts of this strange new world backs up what other whistleblowers have also shared, including the establishment of bases on Mars. The experience that really shook me was his description of the trauma of almost dying after a battle and “being put [back] together many times,” with technology that could “replace his whole body, and depending on what parts [organs] needed replacement, often took days to accomplish.” The original article was taken down by those who published it, so I’m sharing this video of an interview with Randy Cramer who provides his testimony about the time he spent in the SSP

For those who are new to this information and not aware that these super-advanced, unintrusive healing technologies exist and in use, they are called “Med beds” or “Holographic Medical Pods”. You can read more about these technologies on BlissfulVisions.com

Can you imagine a world where all illnesses could be eradicated by using painless healing procedures? So much suffering would be eliminated and prevented from so many people. No more intrusive, harming, and useless procedures that cause so much suffering worldwide!

Why would the Cabal allow and even authorize these leaks? According to NewsInsideOut.com Cramer, “Under authorization from the U.S. Marine Corps chain of command, Capt. Cramer is speaking out against US government policies, a secret gene-pool colony on Mars, the depopulation plans of what he calls the Breakaway civilization of the military industrial complex.” He stated that he was authorized to reveal his experiences on Mars and other suppressed information as it was part “of a secret mechanism established by U.S. President Dwight Eisenhower to warn American citizens in the event their government was compromised and in danger of failing them or being overtaken.”

Why Are These Technologies Suppressed?

ExoPolitics.org mentions that there are other testimonies from people who worked on projects related to these ultra-advanced technologies, such as time travel, teleportation, and anti-gravity-driven space craft.

They come from a variety of people, including military leaders, bankers, media executives, corporate CEOs, judges and lawyers, Hollywood actors and producers, law enforcement, and insiders from various intelligence agencies, whether it’s NSA, CIA, KGB, FBI, DHS/MI-5&6, or MOSSAD. According to testimonies from whistleblowers, it allegedly has to do with an alien directive to disconnect people from the “prime creator,” which some would call “the source.”

According to various scientists, many strands of our genetic code (DNA) were tampered with and have been totally disconnected (what is called the dormant or junk DNA strands) from the primary chromosome strands to disconnect humans (us) from the Great Cosmic Intelligence. This was done so that “we humans,” as a species, would be vulnerable and accept their different mind control programs, which are compelling us to behave in ways that are highly destructive to us and to our planet. This lower vibrational modality maintains our controlled and illusionary reality. Without a connection to the “source,” we can only “serve” the team dark, those dimensional beings who are feeding off the discord of this false “matrix.”

The indirect evidence for these horrendous programs come from sources such as UNESCO and ScienceAlert.

Andrew Hennessey explains in the book, Harvesting the Disconnected The Alien Agenda for Mankind how this disconnection is done.

It’s really intriguing that even our language has hints of some ancient ET intervention. Think about all the expressions containing the word draconian in English. We have the same expressions in Hebrew, too. And why are there statues of dragons in the City of London marking its borders?

https://en.wikipedia.org/wiki/Dragon_boundary_mark
The history of dragons has been known for six millennia. It can be traced back to approximately 4,000 B.C. according to Droconika.com

So they hide their existence in plain sight? I’m starting to sound like QAnon, the famous intel source thought to be in Trump’s workforce, or a team in the intelligence community close to Trump, who raises the readers’ awareness by posting questions on his Twitter account.

Can you imagine that even mainstream scientists have discovered ET code in our DNA? You can read here more:


It makes us think about what we actually know about our origins. According to David Wilcock, “There are at least 40 different humanoid extraterrestrial groups that have tinkered around with our DNA for many thousands of years[…] We have a lot of problems that are because of them tinkering with our DNA. That includes the fact that we have bad backs, the fact that we get sunburns, and the fact that the sun is bad for our eyes. There are lots and lots of strange things that we have that are because our genetics have been tampered with.”

Although all this sounds too “out there” to be true, David Wilcock says that insiders and other researchers, who have shared information on these technologies with him, claim that the Cabal has and does use “cloning technologies, highly advanced space craft and they’ve been talking about alien invasion [like] this since the 1950’s.” according to Stillness in the Storm blog.

The separate Space Force may be the alliance’s way to slowly reveal these truths to the unaware masses and mentally prepare them so they won’t experience future shock when it is all revealed, which among other things is, “that cloning of humans is possible & has gone on for decades.” according to Bibliotecapleyades.net

This technology has been mainly suppressed and is being used to control us. How do they hide these technologies in plain sight? They present those, which have already been invented, in “science fiction” movies (as mentioned previously). This is why I call our true reality: “Our Science Fiction reality.” Think about such Hollywood films for a moment: “Clones and cloning in Avatar; “Jurassic Park – cloning animals; Genesis II – underground genetics laboratories that are connected by tube shuttles; Terminal Man – brain stem implants; Star Trek – various items.” according to Bibliotecapleyades.net

I know it’s hard to believe all this, but what about the Jimmy Kimmel interview with Obama about the aliens (even if it seems that Obama is joking). Here’s the excerpt from the interview:

[Kimmel] wanted to know whether Obama had tried to get to the bottom of the “UFO files” about the mysterious desert region known as Area 51.

“The aliens won’t let it happen,” Obama joked. “You’d reveal all their secrets. They exercise strict control over us.”

But President Clinton once said he’d checked on the matter and found nothing, Kimmel protested. “That’s what we’re instructed to say,” Obama responded.

How Could These Suppressed Technologies Transform Our Reality?

How Can We See We’re the Creators Connected to Source?

Namaste is a beautiful word that most people who use it don’t know it’s meaning which hints to our real source. Next time you hear someone saying this you’ll know that it means “I see your divinity and you see my divinity within me.” Here’s a more detailed explanation https://www.elephantjournal.com/2012/08/namaste-what-it-means-why-we-say-it/

How our world would look if we all felt this way about each other? It would really become what Louis Armstrong sang about a few decades ago in his song What a Wonderful World

Copyright (c) 2019 Shoshi Herscu
* All Rights Reserved *
You may copy and distribute this material as long as you do not alter it in any way, the content remains complete and you include this copyright notice and a link to this article. 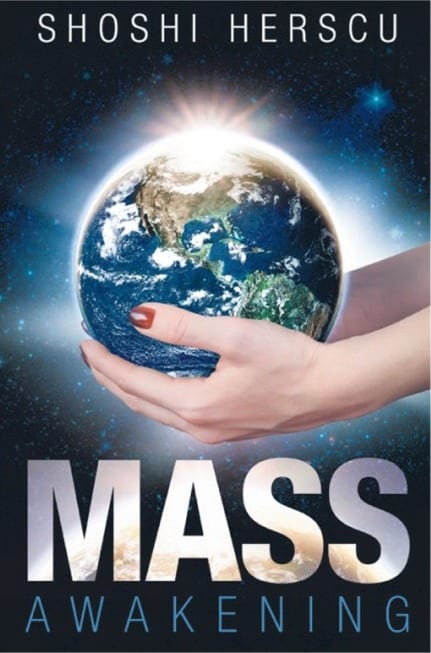